The Hero’s Journey and Characters

Most writers have heard of, or most probably, know about the Hero’s Journey.

If not, take a look here for a longer description.  However, this is basically the archetypical journey of a hero or heroine through a cycle of struggle, victory, and rebirth.

In its various forms, it is used in the majority of all stories.

Today, instead of looking at the plotting aspects of it, let’s see how to use it when making characters, in particular, secondary characters.

There are several characters that the hero encounters on his journey:

Women (or men perhaps) as temptress

Of course, there are others, but let’s look at these.  The simplest is the ally, which is often combined with the mentor.  For example, look at Gandalf.  He is a guide, mentor, and ally.  However, he only helps the hero in the beginning.  Later, the hero has to do things himself. 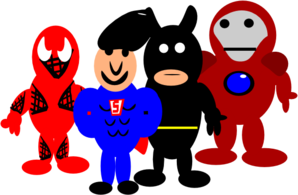 You can use the ideas in different ways for your secondary characters.  You might have the mentor also be a threshold guardian.  The hero passes the threshold in which he is trained.

You might have the ally also be the temptress.  He or she would be helping, yet sometimes attempting to lure the hero from, the quest.

Like this, the hero’s journey can also appear in your characters.  Good luck with it.